Two Heads Are Better Than One: Celebrating Duos in Art

Two Heads Are Better Than One: Celebrating Duos in Art 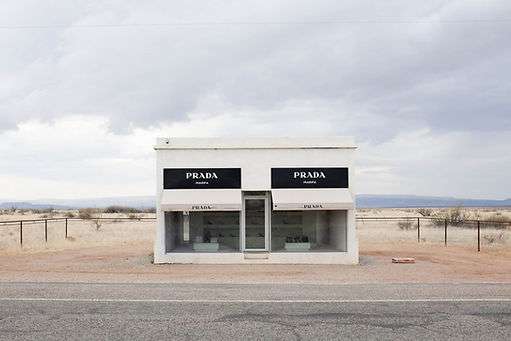 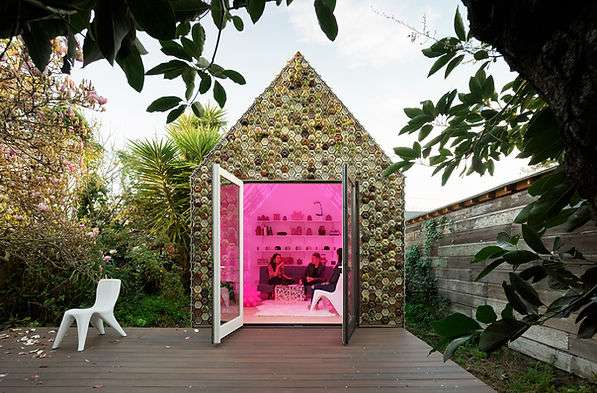 Through all our years in school and university, we’ve been instructed to work together in pairs or groups. There must be something about collaboration that brings out more to a project than we as individuals are capable of doing.

Tales of artists always seem to highlight the stark loneliness of it all. Artists spend hours alone with their canvases expressing their deepest emotions. But what about celebrating the artist duos, the ones who have bent the rules of art to create astounding works that have earned them a title that eternally links them as one.

In our latest blog, we take a look at pioneering artists who affirm the belief that it truly does take two hands to clap. They have laid the foundation of collaboration in their practice, and have gone on to exhibit public art installations that reflect important socio-political messages, performances that catch the audience by the tongue or even created revolutionary installations that questions how we see the world today.

Many of these duos have taken their collaboration a step further and have even gone on to forge relationships both in art and marriage. Though some of these duos may no longer share the same second name, they continue to uphold their conceptual sensibilities and carry on these relationships to create art even today.

The witty and provocative Berlin-based duo Michael Elmgreen and Ingar Dragset create art that is as political as it is humorous and work in sculpture, installation and ceramics. They both believe that the power of art should be harnessed to help audiences confront ideologies and messages that may no longer serve their current understanding and adapt to a more inclusive and meaningful existence.

Topics such as hetronormativity, homosexuality, human emotions, and institutions such as facism are common themes they try to explore and unpack within their work. They have addressed the rise of selfie culture, and have even built an installation of a giant-sized swimming pool shaped like Van Gogh’s ear. The duo keep spectators engaged in a cognitive battle, often asking them to question beliefs they hold and offer solutions to alternate realities through their work.

“Prada Marfa” is a permanent sculptural art installation that resembles the Prada storefront, and is designed to be a sculptural intervention with the landscape it is built in – in the northwest of Marfa, USA. While many understand this to be a commentary on heightened consumerism, luxury branding and gentrification, critics claim that the rows of business cards left outside the store encourages and points to the exact capitalist values that the installation intends to disrupt.

Their projects often ask viewers to confront their ideas of homophobia, as in their work “Memorial to Homosexuals Persecuted under Nazism”, a concrete shed in the middle of Berlin’s Tiergarten that allowed visitors to peek through a window to watch a short film of two men kissing.

Formally identified as an architectural studio, Rael San Fratello is the name identifying the architects Rael Fratello and Virginia San Fratello. They are “a studio, an atelier, a workshop of creative people interested in the world.” As architectural researchers, they are known for their playful, experimental and utilitarian designs, creating galleries, greenhouses, and 3D-printed material to build sustainable and green homes. The duo use their architectural sensibilities to create disruptive solutions to combat climate control, border patrolling and sustainable clothing, amongst the many other design solutions they are known for.

They even helped design the architectural structure of “Prada Marfa” by Elmgreen and Dragset!

“The Teeter Tot Wall,” which won them the 2020 Design of the Year Award, was an architectural project that had a see-saw between the US and Mexico border to facilitate a dialogue of play between the young children and families that interacted with this common playground equipment. The see-saw was intended to reduce the stigma faced by opposing families living at the borders.

Their recent project, Casa Covida, is an open and insulated house built by combining 3D printing with indegenious and traditional building materials. It is entirely self-sufficient for its inhabitants, and includes a sophisticated water system.

The duo are currently focusing on 3D printing and are innovating ecological materials, creating homes, and placing a smile on the faces of the communities they work with.

Born on the same day, 30th November, 3 years apart, Marina Abromovic and Ulay Layseipen were a performance-artist duo whose work explored concepts such as the ego and artistic identity. The two referred to each other as “two-headed” beings, removing their individual personalities in exchange for the ability to become one. Their romantic relationship transcended their performance, and an identifiable trust was palpable in all of their works.

In “Relation In Time”, the two artists tie their ponytails together as they sit upright for 17 hours. Both artists stared at the white walls in front of them as they remained connected, each periodically slipping into exhaustion as time passed.

The duo rejected any ideas of gender, and believed that their work was a marriage between their male and female energy. Abromovic and Ulay are known for their performance pieces that have pushed their bodies to a place of exhaustion where the mind and body surrender to one another in a sort of meditative state.

Performed at The Great Wall of China, Lovers was their last work together. Starting from two opposite ends and meeting in the middle for a final goodbye, this performance took 8 years to acquire legal permissions from the Chinese Government.

Ulay Layseipen died in March 2020, but the duo met for the last time, for Marina Ambromovic’s celebrated retrospective show performance “The Artist Is Present”, held at The Museum of Modern Art, New York, were the artists share an intimate embrace as they are recorded by the audiences.

Thukral and Tagra consist of Jiten Thukral and Sumit Tagra, India’s celebrated and acclaimed artist duo. Their work spans a variety of mediums – photography, painting, sculpture, conceptual art and design, each pushing the boundaries of art coming out of the subcontinent.

Their work is known for its playful and public engagement that poses simple questions in a sensitized design environment. Their previous work has been vocal about many social issues close to their heart, and they provided a social commentary through their paintings, new media and installations.

Their connection with symbols of Indian identity, mythological narratives and consumer culture are visible in their work though they are constantly shifting their oeuvre to adapt and respond to the current mileu.

“The Sundry Effect,” viewable on our Instagram, was exhibited during The India Art Fair at the Bikaner House, Delhi. The work that spoke of Indian farmers was created as what one can imagine to be a response to the stringent agrarian laws that still grip India. The exhibition “Farmer is Wrestler” speaks of the many lives that are lost due to the division of land, climate change, and the lack of legal infrastructure that plague many farmers in the country. The rampant suicide seen in these villages is echoed in the duo’s installation – a 27-minute video that reports the suicides in 130 villages in the Sangrur district of Punjab, with the names of the victims appearing on the screen.

The artist duo met while studying at Central Saint Martins at a time when the both of them were frustrated with the elitist ideas that surrounded sculpture at the school. In a successful quest to make art accessible to all, coupled with their prominent London-cultural commentary, the duo opened their latest show titled “New Normal” at the White Cube on the 2nd of March, 2020. The show features a series of photographs taken during their daily walks, and returns to their early days of blending art with performance. Commenting on gentrification, the show retains their signature suits and satire, both of which the artists (George Passmore and Gilbert Prousch) are known for.

Gilbert & George’s popularity emerged at the onset of Pop Art, and they are known for their bright photo-montages, earning them celebrity status in their home country, England. Their work questions conventions and taboo around the body and sexuality, as many of their photographs show them together in bright neon colours, either suited or naked. They appear as “living sculptures,” a term suggested by their first performance “The Singing Sculpture” which catapulted them to stardom.

The duo’s work spans photography, performance, drawing, film interviews, dance and mail art amongst other popular digital media. Including important topics through an “Art for All” approach, Gilbert & Georges’ work uses a tongue-in-cheek approach to explore issues such as immigration, violent crime, religion, homelessness, and the growing working class.

Artists working together have sought solace, inspiration and camaraderie in their collaboration. Many of them have shown us how a fusion of minds can lead to the creation of one single entity that works together to generate thought-provoking, reflective and relevant work that speaks to all of us. The duos mentioned traverse multiple mediums and have shattered the idea of the singular artist to inspire and revolutionize our understanding of the world by their collective efforts and common goal. 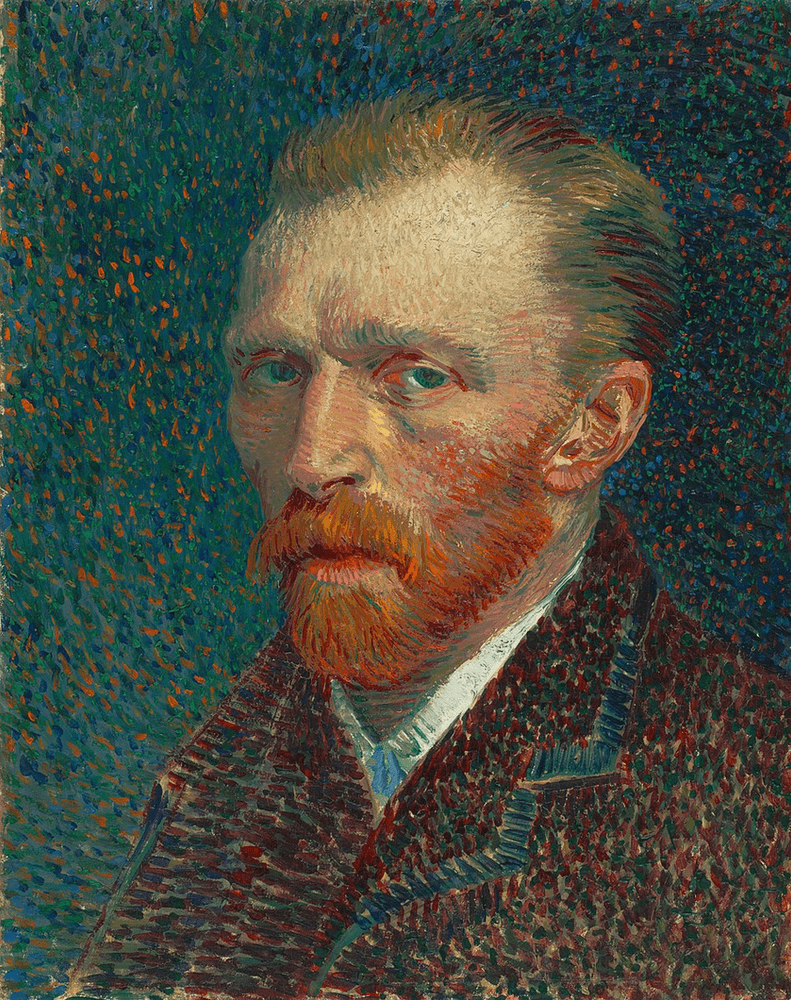 A Letter to Vincent van Gogh 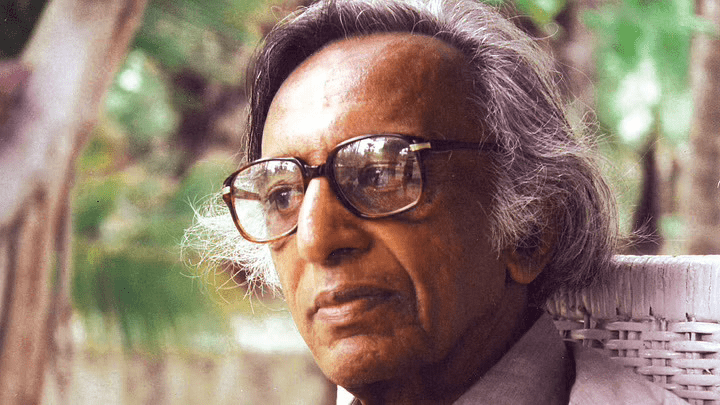